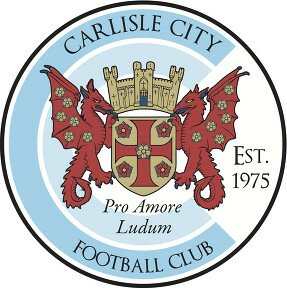 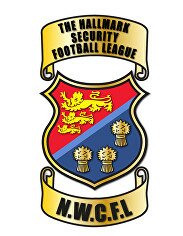 The Club was formed in 1975 by two ex Carlisle United footballers, George Walker and Ron ‘ginger’ Thompson . In 1976 a reserve side was formed, followed by a third senior team in 1977. The Club maintained 3 teams for about 13 years then in 1990 set up a junior section.

An under 18 team was the first junior team formed and by 2000 we had grown significantly to 2 senior teams, 10 boys teams and 4 girls teams.

Today we support 3 senior sides, 14 boys teams and 4 girls teams and have nearly 300 players at our Club all of whom are required to complete a membership form. The 2009/10 season saw a City ladies team compete in the Cumbria Womens league for the first time.

We are a Charter Standard Community Club (the highest level the FA can award) and in 2008 we won the Cumberland Football Association Charter Standard Club of the year award. All our coaches are qualified to a minimum FA level 1 (many are level 2 and some are currently studying for a level 3 qualification) and are CRB (criminal records bureau) checked. We have up to date policies on child protection, health and safety, first aid, a code of conduct covering parents, managers, coaches and players and are affiliated to both the Cumberland FA and the English FA.

We have an excellent school partnership link with Kingmoor School and have attended meetings with parents and teachers. Together we will be looking to offer support to the football activities in the schools, and to seek funding to improve the school pitches.. We are always looking to forge partnerships with schools and other local organisations.

We believe we are a fully inclusive Club and try very hard to be so. Indeed, on 05th July 2008 from 10.00am to 4.00pm our Club and the Cumberland FA shared a stall in the town centre at the Festival of Nations.

Our aim is to promote the Club to a wider audience and to further enhance our inclusive policy. The next day (11.00am to 6.00pm) at Trinity middle school we had a presence at the Culture Bazaar, where we handed out leaflets about our Club.

More and more children of all ages and gender are becoming involved at Carlisle City FC and we are continually adding teams to our Club. We believe we have more teams than any other Club in the County of Cumbria.

The club's senior team have been members of the Northern Alliance league since 1975, but were admitted to the Hallmark Security North West Counties League for the 2016/17 season. Another side is competing in the Tesco Cumberland County league. The team of over-35s competes in the Cumbria veterans' league.

For more information about our club, e-mail us on

You are viewing the text version of this site.

To view the full version please install the Adobe Flash Player and ensure your web browser has JavaScript enabled.

You need Flash to use this feature